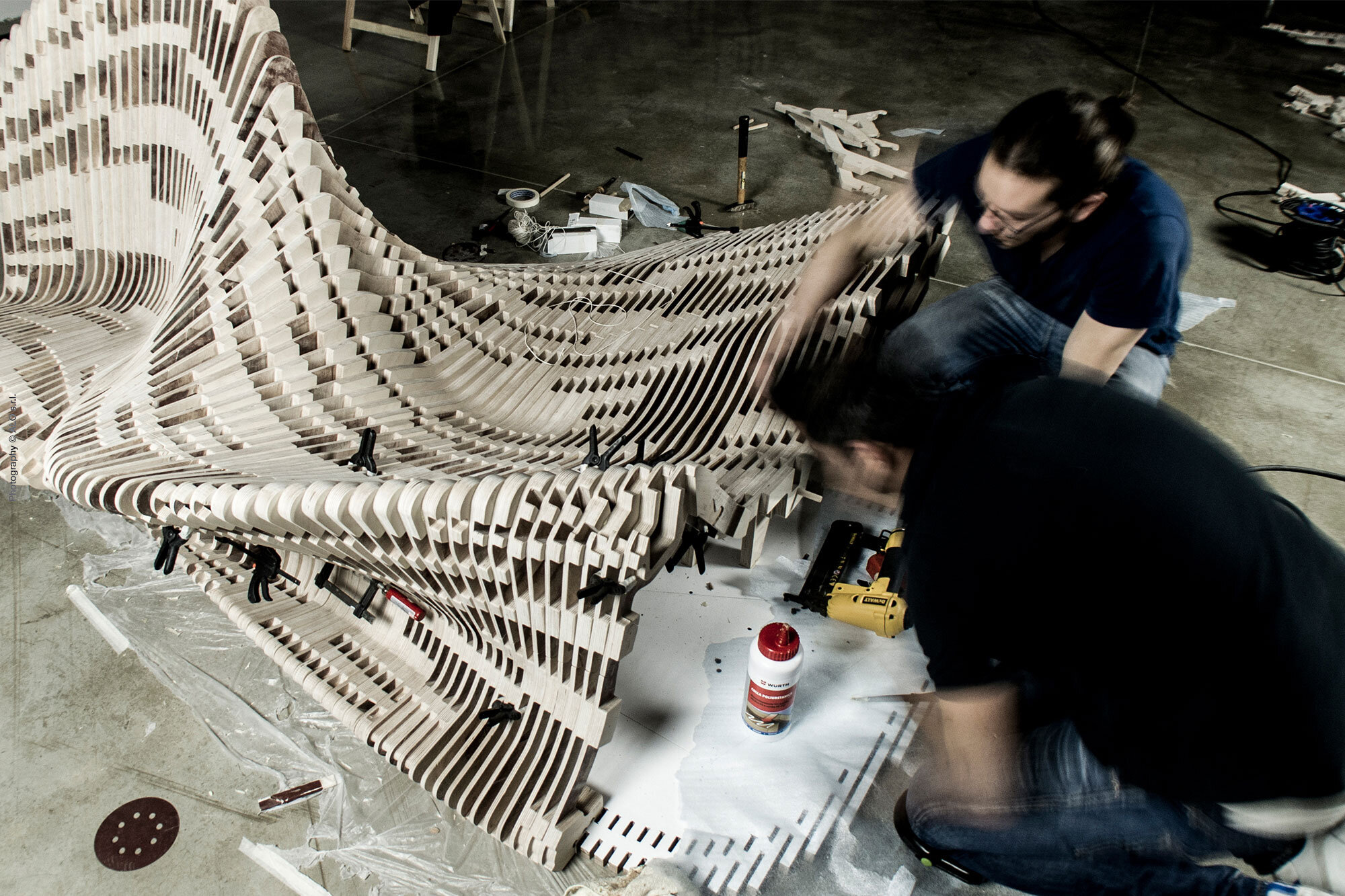 // MARCO VERDE BIO.        Marco Verde (’79), educated as an Engineer at Università degli Studi di Cagliari (IT), earned his post-professional Master’s degree (’05) and DEA’s degree (’08) in Genetic Architectures (a.k.a. Bio Digital Design) at EsArq-UiC, Barcelona. Marco is an interdisciplinary practitioner and docent focused on morphogenetic design strategies and emergent technologies. Marco is a computational designer specializing in the design of material systems and interactive composite structures of variable geometry, as much as in parametric-associative design and digital fabrication
In early 2005, Marco moved to Spain and joined HYBRIDa (Sylvia Felipe + Jordi Truco Architects) as project manager, designer and researcher. Here, he has been deeply involved in the HybGrid® (a.k.a. Hypermembrane) research project. Since 2006, Marco taught within undergraduate and postgraduate programs across several schools among which EsArq-UiC (ES), Pratt Institute (USA), Elisava (ES), University of Cyprus (CY), and AA Visiting School in Paris. Since 2006, Marco is also a member of the teaching staff at the Bio Design Research Group, an initiative directed by Jordi Truco
and currently developed within the ADDA (Advanced Design and Digital Architecture) Masters’ Degree Program at Elisava, Escuela Superior de Disseny i Enginyeria de Barcelona. In fall 2008, Marco has moved to The Netherlands to join Hyperbody, the research group at the Faculty of Architecture at the Delft University of Technology directed by Prof. ir. Kas Oosterhuis (ONL). Here, Marco had held a position as Assistant Professor within the Masters’ degree program in Non-Standard and Interactive Architecture. During 2012 Marco thought as visiting Professor at La Sapienza (IT),.
and as Adjunct Assistant Professor at the University of Waterloo School of Architecture, in Cambridge (CND). In 2007, Marco founded the academic research and education initiative [P]a, Performative Design Processes for Architecture .
// PAST COLLABORATORS
N.Dessì[IT]
L.Madeddu [IT]
J.Terranova [IT]
A.Mua [IT]
F. Pes [IT]
A.Maiorca [IT]
G.Lai [IT]
M.Barranca [IT]
L.Selva [IT]
C.Rubattu [IT]
N.Secci [IT]
A.Sirigu [IT]
M.Mascia [IT]
S.Efthymiou [CY]
M.Landi [IT]
K.Bedra [PL]
S.Korebrits [NL]