“Form-Finding” is an empirical design technique that uses the principle of self-organization of material systems under the influence of extrinsic forces. In Form-Finding, the development of a certain form is a function of the interaction among the extrinsic forces acting on the system with the characteristics of the material. Therefore the final form represents a state of equilibrium between external pressures and inherent material abilities. For this project, a spatially articulated branching system has been developed from the proliferation of a basic component in space through an algorithmic procedure. The local variation of the forces involved, together with the proliferation algorithms, generate the global configuration of the system.

VERSIONING. FROM PHYSICAL TO INTERACTIVE DIGITAL

To verify if the system could generate satisfactory spatial configurations characterized by high requirements of flexibility and adaptability, even in the most restrictive conditions, we studied the organization of a pop-up store of 32 square meters (4.60m x 7.10m). The first experimentation was carried out on physical prototypes, built in 1:20 scale. These allowed to document and reproduce the behaviour of the physical system digitally, through the development of an interactive system based on physical computing. Digitalization made possible to interactively manipulate both the forces acting on the system, tune the properties of the materials and test different generative algorithms. As a result, we could produce a catalogue of formal variations to explore multiple configurations of space and find the fittest.

We aimed at developing an adaptable system which exhibition space, structure and furniture would be just one thing. Trough the computational experiments, the plan of 32 square meters reached a final configuration that includes an exhibition area of 27 square meters and a warehouse of 5 square meters with an integrated scaffolding system of 12 square meters. Just the integration of this storage space, reveals the integral nature of the design as it is not a residual space, but an extension of the position of the cash desk. The organization of the exhibition space has been studied in order to minimize the overall dimensions, with particular attention to portability and lightness in light of a self-supporting version of the store. The demo space is the heart of the project. Two thematic hanging desks have been set up, the first of which protrudes towards the outside of the room, becoming an element of attraction, will be used as a space for the promotion of special products. The back wall will be used to project promotional footages.

The project explores the possibility to develop an integral and adaptable visual merchandising spatial system. To complement the non-standardized nature of the project, we have ensured the adaptability of product display over time by designing an interchangeable set of hanging containers. This detail showed in the 1:5 scale prototype, allows the installation of containers of variable format depending on the product. The flexible system, therefore, allows to vary the selection of products and change their arrangement over time and to insert new containers to meet unexpected future needs. The system itself has been designed strategically for a clean and fast installation. 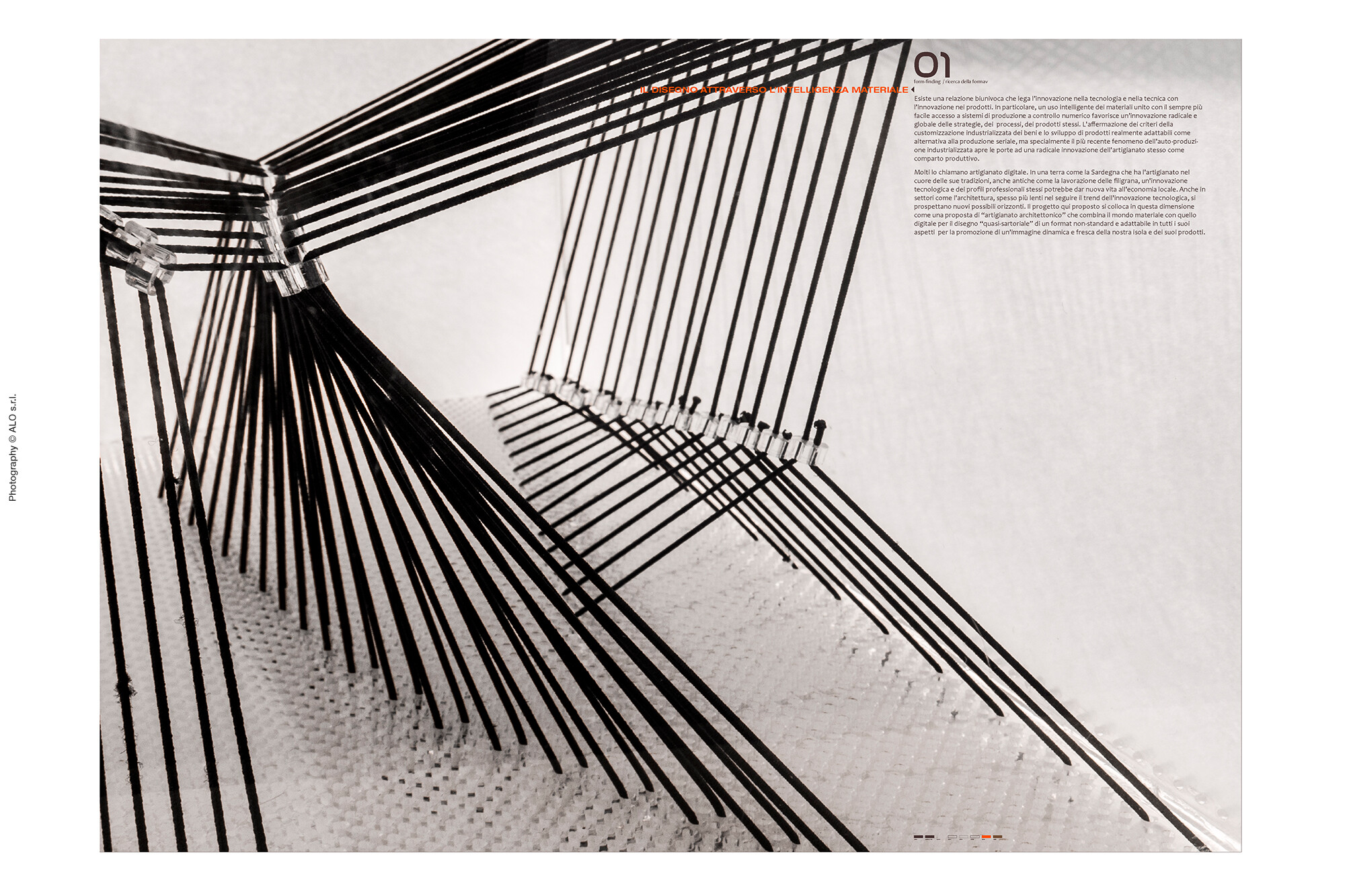 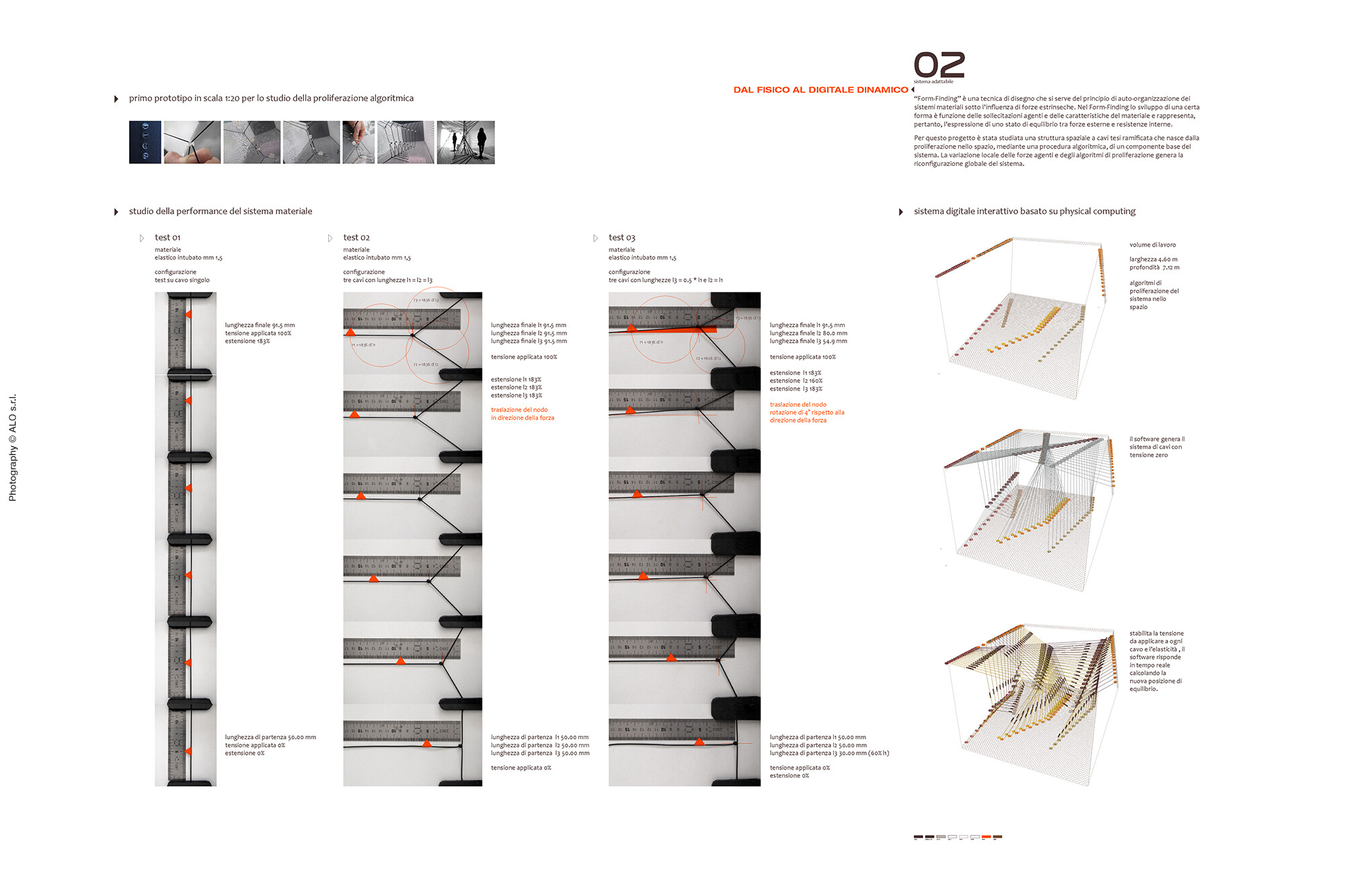 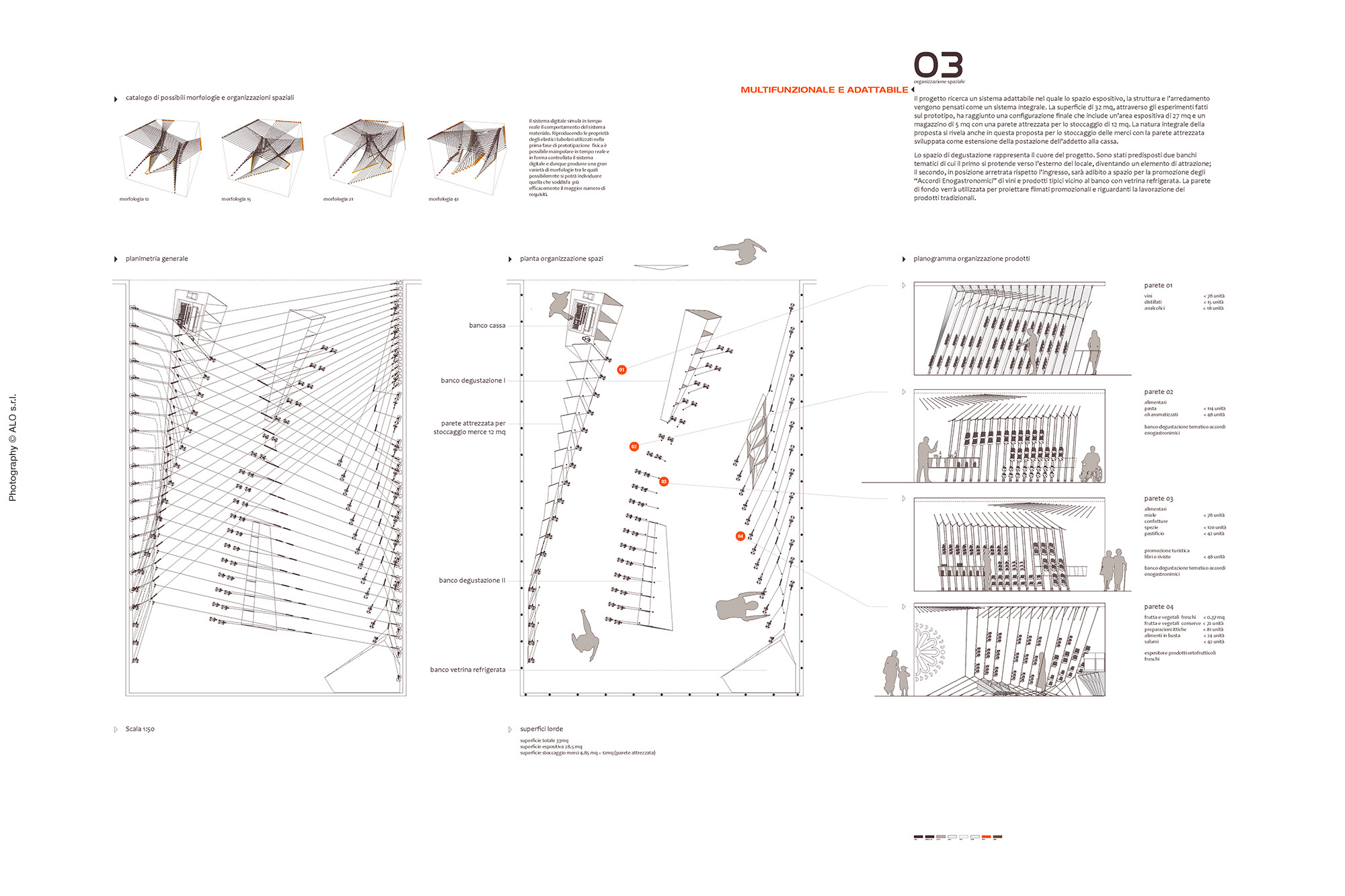 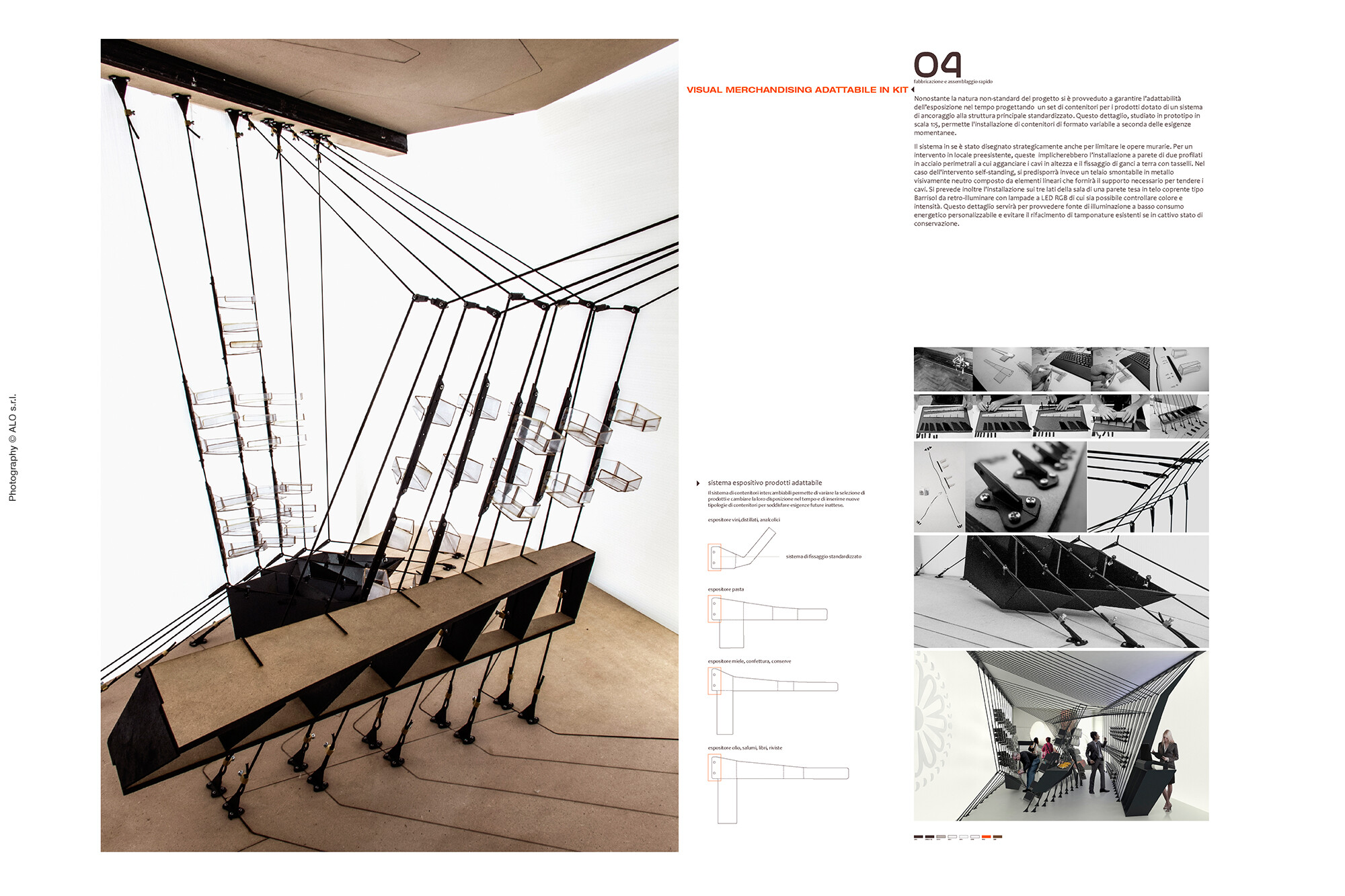 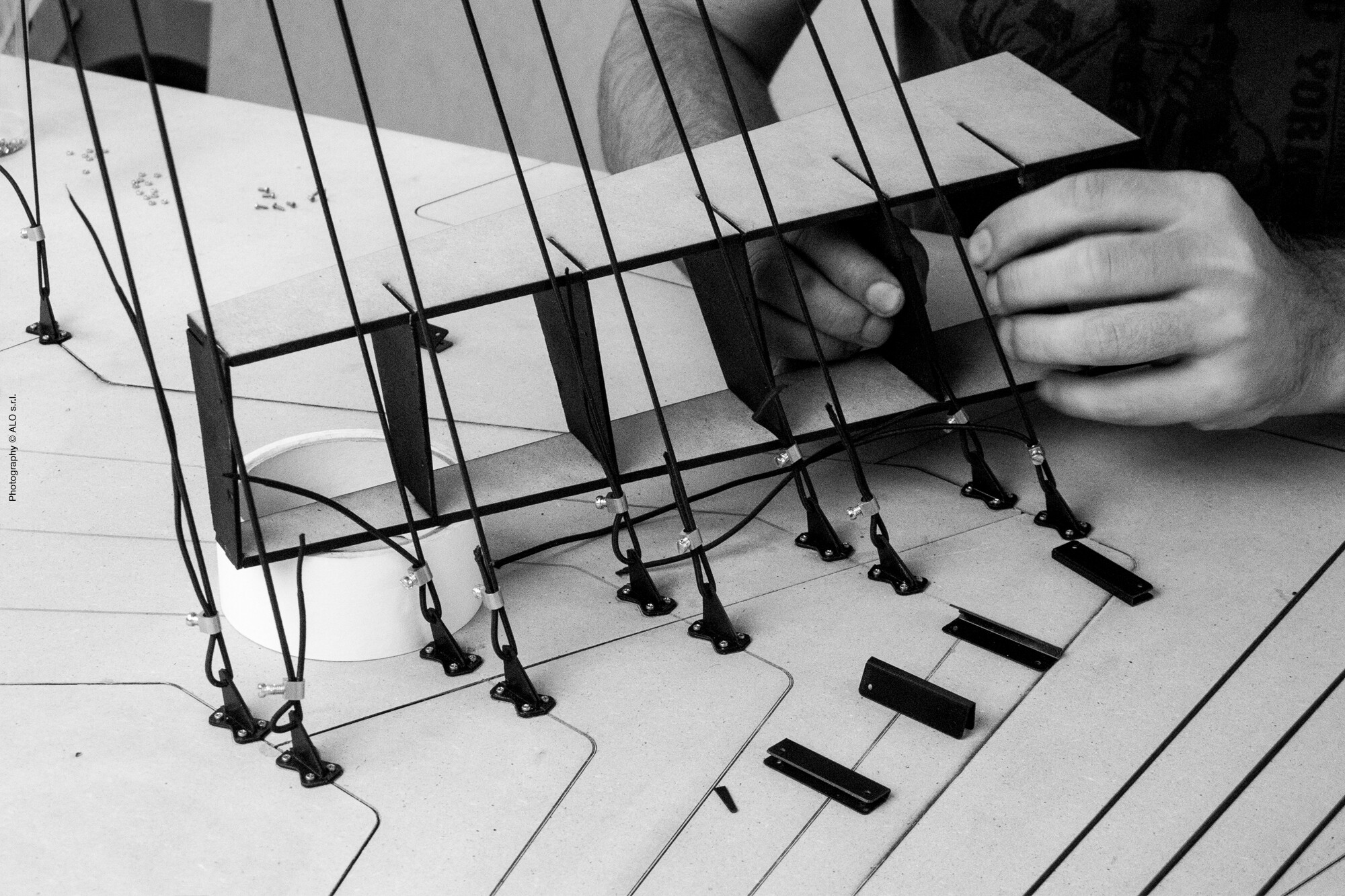 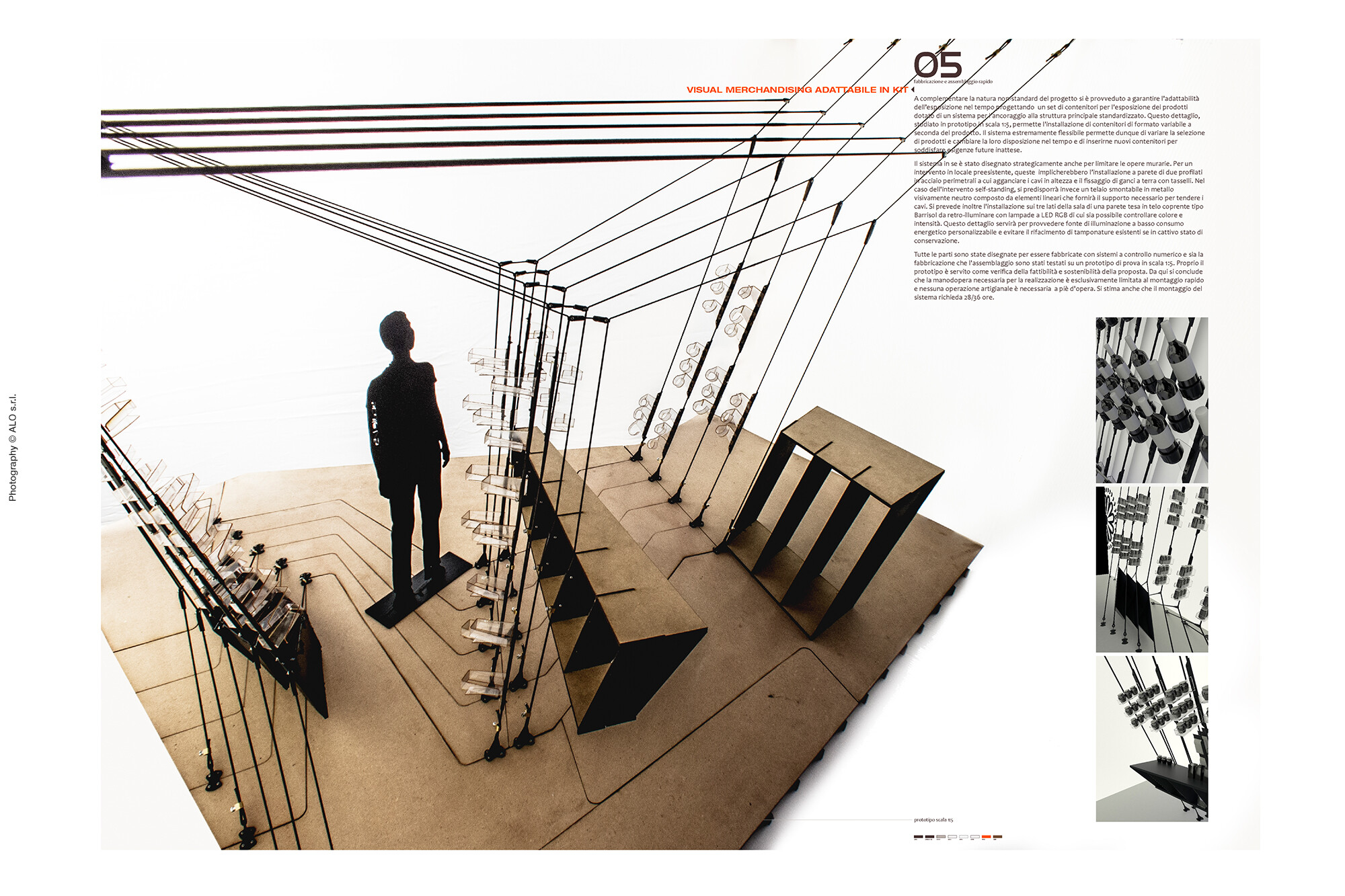